Price does not include paypal and shipping fees. The items will be shipped from US. Feedback from my previous buyers is here. Let me know which item you're interested in and I will try to get back to you asap.

Since my Japan trip, I have been flying at least once every month due to work. Although it is nice to visit many States for free, I start to get sick of spending too much time on airplane, airport and driving. I'm in Astoria, Oregon now. It keeps raining for a whole day. I want to try sushi/fresh raw fish but my coworker does not like sushi so we keep eating American seafood everyday. Cannot wait to go back home to escape this gloomy weather. Don't get me wrong, Astoria is a nice town, Cape Disappointment is not a disappointment at all, but I just miss Asian food and the sun so much.

48group election is this weekend. I'm going to stay up a whole night as I did every previous year. Youku is going to stream entire election? I hope Youku stream will work in my favor. I disliked Fuji TV for disrupting girls' speeches from last year. Gotta get a box of tissues ready. In prelim result, number of ranked SKE is 3rd. I know HKT is doing well recently, but still pray for a miracle that SKE will have the most ranked member again. We want a new original stage (Can I trust Akimoto-sensei to keep his promise this time?).

My friends and I are going to Chicago and Toronto this August. Is there any recommendation? Good restaurant? Nice place to check out? 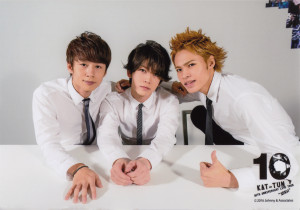 400 dpi
Dimensions: 1990x1390
Download: mediafire
I bought these when I attended their concert in Nagoya Dome. Feel free to use the scans but don't claim them yours.

Everything in this boxset is perfect ♥ Consider how expensive it is and I don't want to bend the books, I only scanned its character photos m(_ _)m 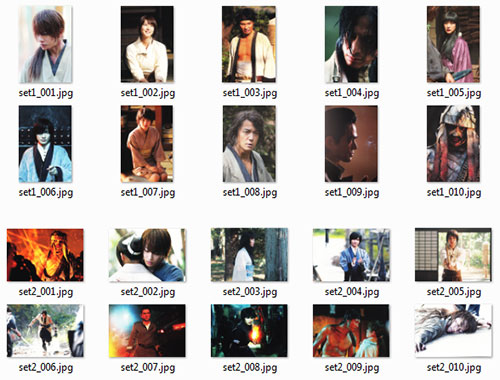 * feel free to repost but don't claim them yours

Because I promised Kel that I will show her my stage photo binder, I might as well post it here.

Look like I will make another solo trip ^^; this time, it's New York because:
1/ Hatsune Miku concert
2/ I've never been there before

I asked my friends if they want to join me. They all said they will think about it which means they won't go with me ^^; sometimes, it sucks having no fandom friend in real life. I remember my first solo trip - it was LA trip to attend Jin's 1st concert in USA. Back then, KAT-TUN fandom was still active on livejournal so I had no problem finding some online friends to share room, explore LA, and go to Jin's concert together. Now, I guess I will be alone lol If you're interested in joining me, please let me know. It's always more fun to have accompany XD

How is my fandom friend doing? ^^; anything excited, good happened to your favorite juniors?

Woke up to the best clip I've been waiting for - TEARS
Composed and written lyrics by Taiga himself.
Cry T_T I don't need more reason to love him

Sorry for making you worried. I'm back safe and sound. Thanks for all the comments that you left in my previous post. They made my hiatus so hard T_T It's hard to have friends so it sucks to say goodbye to you whom I can only communicate through Livejournal.

Okay, so... I kinda exaggerated in my last post about my job. It was the first government shutdown that I had experienced so I didn't know what was going to happen. Anyway, after 3 weeks they called me back to work ^o^ yay. I will not go deep about my job but at least I still get paid ;) I still haven't gotten the internet back. Since I will be away for 3 weeks by the end of the year (not 3 months), it's pointless to get the internet and cancel and get it again. Meanwhile, I temporarily use the internet in my old research group's lab and my friend's house.

What did I miss? J&A. I don't follow J&A as much as I used to. KAT-TUN release a mini-album (already pre-ordered) -> the only news I know.

Drama I watch this season:
- Legal High 2: I watched first season and really liked it. This season disappoints me despite of its high rating. I don't like the Hanyu Haruki at all. BRING BACK MIKI-SENSEI.
- Toshi Densetsu no Onna 2: another sequel. I can't point out the exact reason but I enjoy first season more.
- Yorozu Uranaidokoro Onmyoya e Yokoso: there are some good laugh here and there. Chinen definitely improves his acting. I still remember how his acting in past dramas gave my big facepalm. The drama uses ghost/spirit as reason to explain human's relationship and feeling in a clever way.
- 49: because of Myuto ♥ a short drama which is perfect for my 30-min lunch break.
- Miss Pilot: Maki ♥ I like most of the cast in Miss Pilot so it was in my must-watch list when it was first announced. Through this drama, I learn more about pilot, airplane and airport system.

I'm also interested in Ando Lloyd, Nakamaru's drama and Hideaki Ito's. Maybe I will do marathon of those 3 when I have time. Any other suggestion for this season? New movies are out. There are Ore Ore (Kame), Hospitality Department (Ryo and Maki), The Great Passage (Aoi Miyazaki), Cult (horror movie). Unlike jdrama, it's hard to get Jmovie substitles. Why can't all subs gather in one place? How can I know which movie is subbed? If I upload the movie on plotboxes, will there be a chance for subber to notice and sub it?

A.B.C-Z and SKE48 were on Music Station :3 I was so looking forward to this. omg, showdown between Akarin and Tsuka-chan ♥ ♥ ♥ I was upset that not all SKE girls who ranked in the election got to participate in Sansei Kawaii~ but the song and short MV are fabulous. Akarin did a cartwheel in a spinning wheel //girl ain't scared// Rena and Masana ♥
Collapse